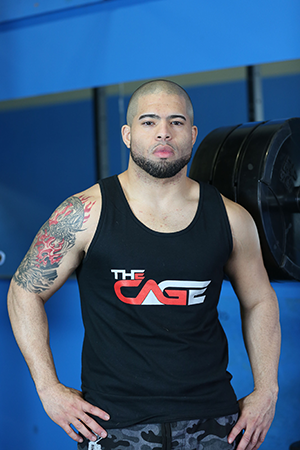 As life long Connecticut resident, Jason Valencia grew up in East Hartford where he played and excelled at Football through his Middle school and High school years. A calling to Music production kept him from his athletic pursuits until 2011 when he found and began training Brazilian Jiu-jitsu. Jason quickly became enamored with the human chess like combat sport however, it wasn’t until he started training under Danilo Cherman’s DCNU team that he felt he found a home where he could train and grow consistently in the sport. Jason currently holds the rank of blue belt and has competed and placed at several major competitions throughout the north east: Bronze medalist in the 2013 Big Apple Open, Silver Medalist at 2013 IBJJF New York Summer Open, and Bronze Medalist at the 2013 IBJJF Boston Summer Open and Boston Winter Open. He continues to train and will compete even more in the coming year.

As a trainer Jason has an intense no nonsense approach to fitness and conditioning with a focus on Anaerobic endurance, Explosive strength, Agility, and Primal movements.

“Jason Valencia will kill you and you will thank him for it.”

Back to Instructors
Scroll to top